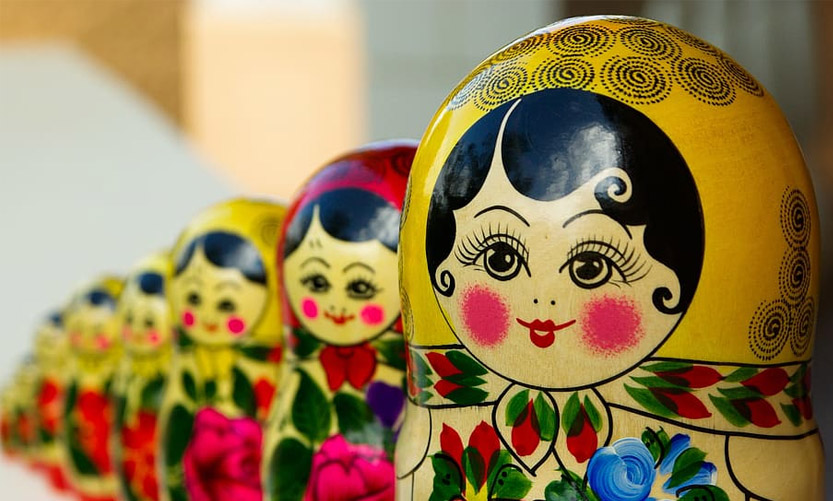 Western businesses have an uphill struggle to get on in post-Communist Russia. Chris Wilkins reports.

The papers are full of it; television documentaries extol it – Russia is the place to make a million. The opportunities are endless, so instead of bricklaying in Berne, grape picking on the banks of the Gironde, or tiling in Tunis, why not try reviving lost fortunes in Russia?

The sheer geographical scale of the place is enormous. The 15 states that make up the former Soviet Union have a combined external border of 36,000 miles and cover one-sixth of the earth’s land mass. Russia’s economy has the world’s richest natural resources, including significant deposits of diamonds that have been found in the Arkhangelsk and St. Petersburg regions. In fact, the importance of these finds have been so great that South African diamond giant De Beers has, for the past few years, been holding high level discussions to agree a restriction of supply. Uncontrolled large volumes of diamonds, as could be supplied by Russia, coming on to the market in an unplanned way, could severely affect the world price and subsequently destabilise the market.

But diamonds are not the only source of raw wealth. Kazakhstan is reputed to have more oil and gas deposits than the whole of Kuwait. At the moment, Kazakhstan as three oil refineries producing some 27 million tons of crude oil each year. But, apart from 7.5 million acres of cannabis currently being cultivated there, very little else of note is to be found in this desolate and desperate wasteland.

The flow of foreign funds into Russia reached $400m in the first quarter of 1994, and foreign investment totalled $2.9bn in 1993. Boris Jordan, head of the Credit Suisse First Boston branch in Moscow – the largest foreign bank currently engaged in trading shares in Russia, and the only bank with a brokers’ licence from the Russian Ministry of Finance – confirmed: ‘The world has not yet woken up to the fact that Russian assets are so extremely cheap.’

In a world of supply and demand, homogeneous products, surmountable trade and tariff barriers, why the inequity? Surely everyone should be heading for Russia and setting up business there.

Raw products aside, considerable consumer demand and cheap labour are all easily available, and should lead to potentially large profits.

The problems are multiplicitous but can be boiled down to the following: a lack of an infrastructure; a plethora of foreign cultures, frequently in opposition with each other; rapidly changing tax and law regimes; an absence of any effective banking system; and intolerable crime and security problems.

Getting to Russia is not so very straightforward. There are only two flights a week to and from Kazakhstan and none direct from London; one has to fly via Moscow or Istanbul. The inbound flight arrives every Wednesday morning and the outbound flight leaves approximately two hours later. So, if business cannot be conducted within that time, even when it is carried out at the airport to cut down on travelling time, then there is a danger of being stuck there for a week.

The country is obviously still not set up for business. The best way to imagine most of Russia is as a sort of cowboy hicksville town with an overflow of European and American businessmen looking confused.

All Western businesses in Russia are headed up by ex-pats. Not because the Russians are too unintelligent for the job, but because their culture is so very different. It is not unusual to find that a business discussion that would take two hours in London, can easily take two days in Russia.

Currency is the by-word for success of any kind.

It is virtually impossible to buy a carpet for the office because the shopkeeper will only accept American dollars. Since 1 January 1994, it has been illegal to use any cash currency other than the Rouble. Credit cards, however, are accepted, but only a few shopkeepers have the system to process them, so the few have to act as intermediaries for the many. It can all be rather complicated and items that initially appeared to be bargains rapidly become sources of sheer frustration.

President Yeltsin brought in a federal tax of 3% on enterprises and organisations. This is calculated and paid in the same way as VAT, but does not have the same name, although it effectively increases Russia’s ‘VAT’ level to 23%. This presidential decree was signed on 24 December, published in the second week of January 1994 and came into effect on 1 January 1994.

This has hardly made the job of the finance director any easier – it is almost impossible to plan cashflows, sales pricing, marketing or anything else with retrospective taxes. In addition, there are federal taxes, local government taxes, profits taxes, taxes on wages (levied if employees are paid more than six times the state minimum wage: the average wage is currently about $40 per month), property taxes…the list is endless.

Once a company’s money has been introduced into Russia, it is necessary to engineer ingenious means of getting it out.One of the more common methods is to utilise intermediate holding companies in low withholding tax countries, or to explore new tax treaties: for instance, the UK Inland Revenue has just announced a double taxation treaty with Uzbekistan.

‘I promise to pay the bearer on demand the sum of’, agency law and ‘guardian of our monies’ are terms not recognised by the Russian banking system. Furthermore, there are no cheque books in Russia, hence the term ‘bank payment requests’ instead of ‘cheques’. And there are no paying-in books, just bank payment requests. But there are still authorised signatories. Russian banks will not release money unless they are satisfied that the bank payment requests are for a valid, contractual purpose. Accordingly, each one must be pinned to the original invoice to prove the validity of the transaction. If an invoice is lost, the bank will not authorise the payment. At this stage, it is worth bearing in mind whose money it is, and who has made the request to pay.

Once this obstacle has been surmounted, the next problem is to estimate when monies paid into the bank account will clear. There is a clearing system of sorts, but on the whole, the payee is in the hands of the bank system and simple administration errors can frequently lead to considerable delays. For example, the banker may leave the payment request forgotten in a drawer until it is discovered days later. Unfortunately, this means that the bank can have money invested by a company floating around the system from between one to four weeks. Obviously, this creates horrendous cashflow problems for any company that gets that far in Russia.

Security, personal or otherwise, is another subject that businesses must contend with. Even employees who find a flat in a self-contained block, with a mobile and fixed phone to call the police at any time, would be safer with a metal front door. In the event of a burglary, the earliest response time the police can give to a call is 20 minutes and serious burglars are happy to attempt a break-in, even if the occupant is inside.

Police facilities are notoriously slim – a police raid was scrapped recently because they simply did not have enough cars to get there. For the criminal, the risk of capture is minimal and those who are caught have friends with the means to bribe an early release.

The official statistics show there to be 900 murders each year in St. Petersburg alone, more than the total figure for the whole of the UK last year. Unofficially, life is cheap and murder is rife. Almost 90% of businesses pay as much as 20% of their profits to the Russian mafia. Crime is endemic. The criminals drive flash cars, have expensive clothes and high-powered weaponry. To convince a reluctant shopkeeper to pay extortion money, the commissioning of the murder of his wife or child may cost as little as $700.

Few Russians remain unaffected by the mafia; visitors are exhorted not to walk anywhere but to take taxis because street mugging is common. Money is extorted from local businesses; a typical example occurred when a newly-opened Alfa Romeo showroom received demands for money. For two weeks, they were curtly refused, but then, two men walked into the showroom and shot two customers and a salesman.

Finance directors are particular targets for kidnapping. As a consequence, most have full-time bodyguards.

The locals, of course, are used to all this and are, on the whole, kind and helpful towards visitors. When they park a car, they will remove the windscreen wipers – to leave them as an open invitation for thieves. They will escort a visitor back to the hotel – mugging is common. And they will explain to the tradesmen that ‘urgent’ means now, not next week.

So, is anyone still interested in trying their luck in Russia?