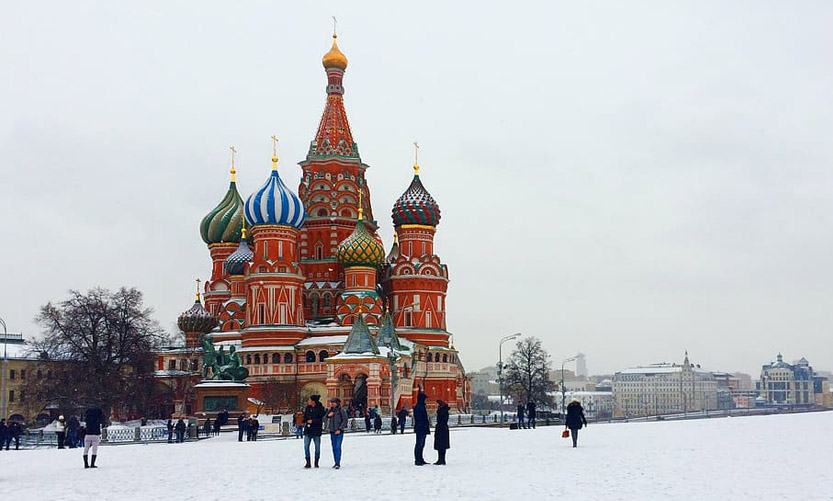 Chris Wilkins FCCA has clients in St Petersburg, Moscow and Kazakhstan. He has travelled on business in Russia and regularly grapples with the vagaries of Russian taxes. Here he explores the pros and cons of working in Russia.

When I left Pannell Kerr Forster’s London office last May, after being an audit manager for four and a half years, to make a name for myself in the big wide world, the one good bit of advice I was given was ‘never turn down a new client’.

The next week I turned up at my new workplace – an extension to my house – and took up my position as chief bottlewasher, cleaner, audit clerk, filing clerk and, oh yes, partner. Work was advertised in the usual way and slowly but surely a variety of clients passed through our door – self-employed sub-contractors, small sole traders, individual capital gains tax problems, profit-related pay schemes and management accounts for a Russian telecommunications business with a US$2.3 million turnover. This was a subsidiary of a company quoted on the Toronto and New York stock exchanges which had invested C$26,500,000 in the subsidiary – a bit out of the ordinary!

Remembering the advice I had been given, the answer was ‘Yes, but what’s the question?’ What are the reporting requirements? Conforming to what accounting standards? And do I get paid in roubles, Canadian dollars, US dollars or sterling (in reverse order of preference)? In the last year alone the value of the rouble to the US dollar has roughly halved. It used to be 1,000 roubles to one US dollar, now it’s 1,940 roubles. Fortunately, the holding company, or should I say parent company undertaking, had other interests in the United Kingdom, therefore it was agreed that we would be paid in sterling.

Anyway, we seemed to fit into this cosy tripartite agreement (Toronto, London, Russia). Besides, if all else failed, we could be used as messengers. St Petersburg is three hours ahead of us and Toronto is five hours behind us. So in a normal working day, the Russian staff leave their office at 5pm when the Toronto staff are just starting their day at 9am. We, on the other hand, can pass the messages to Toronto from St Petersburg, get an answer, alter the accounts and send these to St Petersburg in time for 9am their time the next day.

The problem with all this is that 9am in St Petersburg is 6am our time and 5pm in Toronto is 10pm our time. So when the accounts are due to be finalised each month, our days become rather long. Our saving grace is that the Russians can speak good English and the Canadians’ English is passable.

Prior to accepting the assignment, we had to consider the impact that this would have on the practice and our ability to deal with it. As we were giving no audit opinion and we were only dealing with one subsidiary of the holding company, which in turn had its quarterly statements and year-end accounts audited by external auditors, then it was felt that no undue influence could be placed on us. Obviously we had to increase our professional indemnity insurance. Funnily enough, we found that we were a ‘one-off’. After three tries, we ended up with an American firm who, for a nice fee, thought that they could help us out. I was not sure who was helping who, as I passed my large cheque over to them!

The next problem was sorting out where all the telecommunication sites were and how to account for them all. Fortunately, I had been to St Petersburg before, but hadn’t explored the Russian hinterland. The place is enormous: 36,000 miles of border, containing 15 of the former Soviet republics and covering one sixth of the earth’s land mass. Russia’s economy has the world’s richest natural resources. Very significant deposits of diamonds have been found in the Arkhangelsk and St Petersburg regions of Russia. Russia actually produces more diamonds now than South Africa. This fact seems to have triggered De Beers into action, since large volumes of diamonds as could be supplied by Russia, coming onto the market at unplanned times, could severely affect the world price and destabilise the market.

The company’s second major base of operations is Kazakhstan in Siberia. This is the second largest republic within the Commonwealth of Independent States (CIS) and is reputed to have more oil and gas deposits than the whole of Kuwait. Kazakhstan has three oil refineries, producing some 27 million tons of crude oil a year. Apart from the 7.5 million acres of cannabis that is currently being cultivated here, there is very little else of note in this desolate and desperate wasteland.

There are only two flights a week to and from Kazakhstan – none direct from London; only via Moscow or Istanbul. The inbound flight arrives every Wednesday morning; the outward bound flight leaves approximately two hours later. Therefore, if you can’t conduct your business in under two hours, preferably at the airport to cut down on travelling time, then you’re stuck there for a week.

St Petersburg is much more accessible and has three direct flights a week with British Airways from Heathrow. Unusually, but not surprisingly, as you fly due east, the flight time is approximately the same as the time difference – three hours. The flight is not the problem; if you want to go to Russia, your problems start long before then. You must apply to the Russian embassy for a visa. Together with this application must be a letter from your Russian client inviting you to their offices and confirmation of your hotel booking.

You cannot just stay with your friends in Russia: unless you have your own accommodation, you must have reserved a hotel room for your stay. There are half a dozen good hotels in St Petersburg, all of five-star quality (and price). The food is also very good. Most of it is driven in from Finland each day. The Finnish border is only about four hours’ drive from St Petersburg.

Nearly all the large capitalised businesses in Russia are funded by Western money.

In the first quarter of this year, US$400 million of foreign funds was channelled into the country. Foreign investment totalled US$2.9 billion last year. Nearly all of these businesses are joint ventures with Russian parties. The westerners provided the capitalisation and some heads of department, but the businesses are staffed by Russians. The General Director (managing director) is usually a Russian. Most of these joint ventures are for a period of five to ten years, with an ever decreasing number of western staff stipulated in the joint venture documentation. Property prices have shot up in Moscow and St Petersburg with the flood of western staff demanding more accommodation. Our client’s company flats have doubled in price in just under 17 months.

Due to the malaise in the Russian economy – inflation was 200% per annum last year, but may fall to 100% per annum this year – and the falling exchange rate, it is illegal to use any other currency in Russia other than the rouble. This sanction was brought in on 1 January 1994 and enforced rigorously. The payer and payee in the transaction both get fined for paying and receiving any foreign currency. The Grand Hotel Europe, where Prince Charles stayed on his recent trip to St Petersburg, has been fined US$17 million for currency violations.

Conversely, extracting money from Russia is not easy. The Russians like to see continual investment: for example, if the parent company purchases an asset for its Russian subsidiary, the repayment of these monies is tricky to negotiate as they don’t represent a third party liability of the Russian company. The art is to enter into the contract directly between the Russian subsidiary and the supplier, but in practice people aren’t too keen on getting paid in roubles. Even the taxi drivers will only accept dollars, which is illegal for you to pay and them to receive.

Another interesting quirk to the system is the Russian banking system – or lack of it. There are no cheques in Russia, just bank payment requests. While it is your money sitting in the bank, you can only request for a payment to be made on your behalf. If this request isn’t backed up by the original invoice which is being paid, then it can be refused. For example, , if I want to give you 10,000 roubles because I like you, this is not a valid request. There is no invoice to attach to it, therefore no payment will be made – tough!

Cashflow forecasts can be difficult and unpredictable.

Three days to receive cleared funds in England may seem a long time but at least it is predictable. As monies can take from one week to four weeks to clear, to some extent your cashflows are guesstimates. However, a lot of the predictability about Russia is that it is unpredictable. There are no yearly budgets advising you of forthcoming tax rises and spending forecasts. These come in the form of presidential decrees which are not necessarily announced before the tax rise takes place!

The announcement was made 14 days after the tax rise took place…
President Yeltsin recently brought in a federal tax of 3% on enterprises and organisations. This is calculated and paid in the same way as VAT, but not called VAT although it effectively increases the VAT rate to 23%. This presidential Decree was signed on 24 December 1993, published in the second week of January 1994 and took effect from 1 January 1994. In addition, there are federal taxes, local government taxes, profits tax, tax on wages (levied if you pay your employees more than six times the State minimum wage), property tax and so on. Russia is a fascinating place to explore, interesting to work in and mind-boggling to account for. Russian management accounts are prepared in roubles each month on a basic income(everything received, not receivable) and expenditure (capital and expenses) basis. VAT is paid on the fourteenth of the following month on the dot or the Russian tax police (who carry firearms) come and collect it from you. The equivalent of corporation tax is paid quarterly based on the quarter’s excess of income over expenditure.

As the Russian management accounts, UK management accounts and Canadian year-end accounts are all prepared from the same raw data conforming to the local accounting standards, but all have totally different net profits, the phrase ‘Lies, damned lies and statistics’ often comes to mind