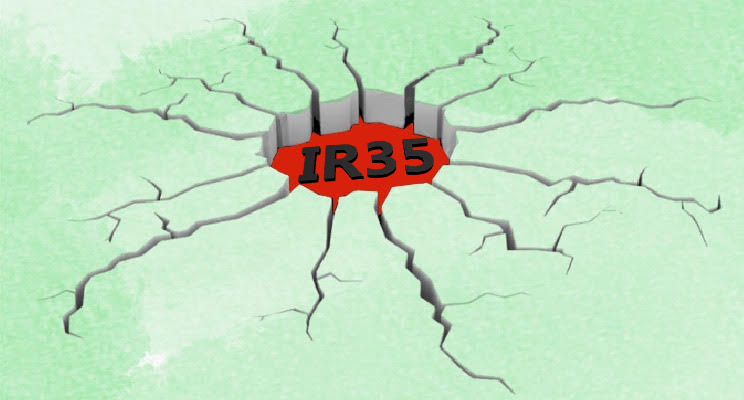 Is the IR35 earthquake coming your way?

It is an understatement to suggest that ongoing changes to the IR35 system, including legal challenges, appeals and counter appeals, could be costly for those employing contractors. We are in a rather bizarre situation where the Check Employment Status for Tax (CEST) tool introduced by HMRC is constantly questioned by HMRC.

It is an understatement to suggest that ongoing changes to the IR35 system, including legal challenges, appeals and counter appeals, could be costly for those employing contractors. We are in a rather bizarre situation where the Check Employment Status for Tax (CEST) tool introduced by HMRC is constantly questioned by HMRC. We will now look at recent changes to IR35 and how ongoing legal challenges will shape the future.

Before we look at the recent changes to IR35, it is worth reminding ourselves precisely what this relates to and how it has been used. In simple terms, IR35 was introduced by HMRC back in 1999 as a type of anti-avoidance tax legislation.

To avoid PAYE, many companies effectively employed individuals working under self-employed/limited company status. In practice, IR35 is a test as to whether the demands/control the client has over the individual is akin to an employee. Referred to as “inside IR35”, the individual is deemed an employee for tax purposes and therefore subject to PAYE.

Why is employment status so important?

If you are an employee of a company, then that company is legally obliged to deduct tax and national insurance before your net wages are paid. Other issues to consider, such as holiday pay, sick pay, maternity leave, etc., apply to employees but not contractors.

As an “arms-length” contractor, an individual or company, you receive payment for work carried out without tax or national insurance deductions. This income would form part of your personal income/company income and be taxed accordingly. So, when you consider the issue of PAYE and various other employee entitlements, the “value” can very quickly add up.

As part of an ongoing review of tax legislation in the UK, we recently saw the introduction of changes to IR35. These came into force in the public sector in 2017 and the private sector in 2021. The main factors to take into consideration include:-

HMRC can examine the tax status of contractors at any time to clarify whether they are inside or outside of IR35. It is important to note that when reviewing a contractor’s tax status, HMRC will effectively start with a clean slate – ignoring the current employment status. For example, if HMRC found evidence of a “hypothetical contract”, otherwise known as a “notional contract”, the contractor could be deemed an employee.

As we touched on above, we are in the bizarre scenario where end clients are using HMRC’s own CEST tool to clarify the tax status of contractors, but the results are often questioned by HMRC. Amidst a raft of legal challenges, court cases and tribunals, there are calls for CEST to be updated, taking into account recent legal rulings, or withdrawn.

When considering the relationship between an end client and a contractor, HMRC will use the five following factors to assess the contractor’s employment status:-

As a stand-alone contractor, the individual/company should retain complete control over the work they carry out and the projects they reject. The contractor should also have the freedom to allocate particular activities to any individuals working for the business. If the end client has significant control over what, how, when, who and where the contractor carries out the assignment, this may draw the contractor inside IR35.

The contractor should have complete control over personnel as a self-employed individual, employing others, or limited company with employees. If the contract with the end client involves a specific person, the more chance this will fall under the scope of IR35 and the individual treated as an employee.

Under normal circumstances, any contractor working for a third party is exposed to financial risk and a level of uncertainty. If the arrangement between an end client and the contractor effectively removed/reduced any financial risk, this may be deemed as inside IR35.

Why the sudden crackdown on IR35?

Historically, most contractors deemed themselves to be outside of IR35 regulations, despite many having a “close” relationship with their clients. For almost 20 years, employment status in regards to IR35 was effectively ignored by the tax authorities. However, recent estimates suggest that 90% of contractors self-certified as outside of IR35 regulations were in reality quasi-employees.

Regarding reduced tax income, HMRC estimates a shortfall of around £1.3 billion in annual taxation. Introducing a degree of balance, this figure does not consider tax paid by self-employed individuals or their companies.

The consequences of being inside IR35

As the legal obligation to confirm the status of contractors has been switched to the end client, this has focused the minds of clients. Under previous legislation, contractors are liable to repay tax as a consequence of an incorrect employment status. Under current legislation, the end client will be responsible for tax payments avoided due to a contractor’s incorrect employment status.

HMRC can go back at least six years, evaluating all arrangements and relationships between clients and contractors. We have seen recent court cases involving BBC celebrities, Professional Game Match Officials Ltd (PGMOL) and other parties facing huge back tax payments.

Umbrella companies in the spotlight

Historically, one of the more popular ways to avoid an unwelcome review of a contractor’s employment status was to use an umbrella company. These stand-alone companies offer payroll services and are effectively seen as the employer of the contractor. In theory, the working agreement between the end client and the contractor is actually with the end client and the umbrella company. This is an unregulated area of the employment market which has received more attention since the announcement of changes to IR35.

As ever, HMRC has taken a relatively aggressive stance regarding potential tax evasion and the finer detail of a contractor’s employment status. Historically, many people have been dependent on the HMRC employment status tool known as CEST to clarify the status of a contractor. However, now that HMRC is challenging the validity of its own tool or how participants answer the questions, this is causing tremendous concern and confusion.

The recent case involving PGMOL saw the appeal effectively refused, although the original decision in favour of HMRC was referred back to the First-Tier Tribunal. This is just one of many ongoing cases where legal precedents may be set and a new landscape created for contractors and their end clients.