Forget about lavish lifestyles, 2009 will be a year of survival mode. Banish the luxuries, batten down the hatches, survive and exist! As my old lecturer used to say, turnover is vanity, profit is sanity but cash is king!

All is not lost if you managed to meet January’s tax return filing deadline, but need to subsequently adjust it. You have twelve months to revise your tax return after it has been filed. Therefore, you still have time to save money!

All very well and good, but how do we get cash/income? Well there are two ways at looking at a profit and loss account to derive profit/cash. Either increase turnover and debtors, hence cash or decrease expenses, creditors and costs.

However, if you have already done that, what else can you do to increase the bottom line? Well, how about taking advantage of the tax laws.

Saturday 31 January was the deadline for filing tax returns. If you managed to meet that deadline, but have missed out on some of the valuable concessions highlighted below, all is not lost. You have twelve months to revise your tax return after it has been filed. Therefore, you still have time to save money!

It seems that the old adage is relevant here: “It is not what you make that is important, it is what you keep.”

And whilst we assume only the rich need accountants, you do not always need to be rich to engage one. As Chris Wilkins of Wilkins Southworth, Chartered Certified Accountants explains tax does not have to be taxing. In 2009, this could not be more important. There are a number of case studies of clients that may be beneficial to bear in mind:

Was made redundant from his PAYE employment and wanted to retrain as a self employed Boiler Engineer. He was concerned that because he was new to the trade, he would not be able to make ends meet in his first year or so. His redundancy money kept the wolf from the door, but his accountant put the jam on the table.

In particular, whilst the government have offered some tax relief for the carry back of losses, this only applies for accounting periods ending in the year ended 5 April 2009.

However, you have always been able to take advantage of the three year carry back rule. Oh, that one I hear you say. Yes that one. The one that says that any trading loss made in the first four years of a new trade can be carried back up to three years against prior year earnings.

For example, if Mr Artesian was particularly lucky then he may have received a redundancy payment and some of it (up to a maximum of £30,000) may have been tax free. In addition to that, as he has taken up a new vocation and if the vocation makes a loss in the first four years of trade and this loss includes claiming capital allowances, then we can ask Mr Darling to assist with our cashflow. Thus the loss in the first year of the new trade could be carried back three years when Mr Artesian was in PAYE employment.

If he is very lucky, Mr Artesian in the year ended 5 April 2006, may have been a 40% tax payer, so we may get a tax refund on our loss at 40%! In addition to that, as we carried back our loss three years, then the tax man has had our tax refund for three years and he will pay us interest on the money.

Furthermore, if we are very unlucky to have a loss in year two, we can carry that back as well, and if we have sufficient PAYE income or indeed self-employed income, he will pay us a tax refund for that year and we will get interest on that as well. And again, in year three!

Your accountancy fees are tax deductible and can be taken out of the tax refund. Any more questions? Off you go.

The shipping business is not doing well, again you are not a limited company (i.e. sole trader, partnership, Limited Liability Partnership) and you have made a loss. You have been in business too long to take advantage of Mr Artesian’s situation and because of your desperate cashflow you are forced to sell an asset, in Mr Beaufort’s case a property left to him many years ago, which he rents out.

Unfortunately, as he will make a profit on the sale of this property, then this capital profit will be subject to capital gains tax. Just consider the ignominy – you have made a trading loss (and cannot do anything with this as you also made a loss last year), but you have to pay tax on your capital gain!

All is not lost! You should be able to offset your trading loss against the capital gain. Therefore, in this instance, Mr Beaufort’s loss was offset against his capital gain and a result that Mr Macawber would be very pleased with!

Had a thriving building business, which was a partnership with Mr Longshore. All went well up to the end of 2007 when they had bumper profits. However, 2008 was a disastrous year with lots of customers deciding not to follow through with their orders due to the credit crunch.

However, you can make a claim to reduce the payment-on-account element of the tax payment due on 31 January 2009 and also 31 July 2009 to your actual profits for the year ended 31 December 2008, when profits would be a lot lower.

Had a long established self-employed manufacturing business. He made good profits in the year ended 5 April 2008, but unfortunately anticipates a loss in his accounts in the year ended 5 April 2009. He can claim the new loss rules brought in by the Pre-Budget Report, which enables this loss to be carried back to offset against his profits for the previous year (2007/08).

So all is not lost. Dust off the calculator and start saving tax! 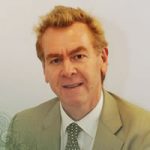